Fourth of July at the farm…

06 Jul Fourth of July at the farm…

Posted at 12:29h in On The Farm by bloomingglenfarm 0 Comments
0 Likes
Share

Mondays our core crew of eight have the day off, and our part time workers come in to help Tom or I with the harvesting that needs to be done. Cucumbers and squash, and soon tomatoes, need to be picked every other day. So a big thanks to Aaron and Paul for coming in on a hot humid holiday to harvest almost 500 cucumbers and over 300 pounds of summer squash. That’s a lot of bending over to pick- up, down, up, down- quite an ab workout! 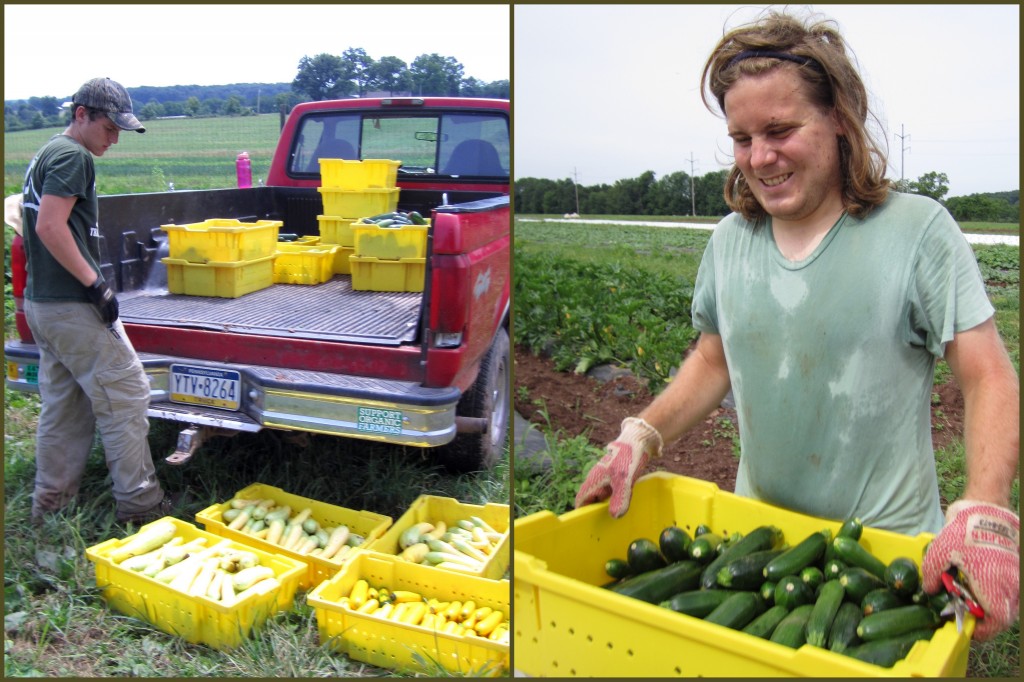 Things at the farm have been on the drier side lately. We did get a whopper of a storm on Sunday evening- a quick downpour brought an inch of rain in less then 20 minutes. Unfortunately, the wind also blew like crazy, coming from mutiple directions, and racing through our sweet corn planting. It looks like a small twister went through the field, leaving the corn plants blown horizontal, many snapped in half. We’ll just have to cross our fingers that most will still bear ears.

You can rest assured that when it doesn’t rain (and even when it does), our irrigation manager Brian Smyth is on the job. Brian works with Tom on a daily basis to keep all the crops watered and spends a lot of time fertilizing through our drip irrigation system with organically approved amendments like fish, sea minerals and seaweed. Brian can often be seen heading out into the fields with his bucket of tools- setting up drip tape, fixing leaks, moving irrigation pipes, and monitoring what needs to be turned off, and what goes on next. It’s no small job! The green house tomatoes in particular never get rained on unless we irrigate them, which protects them from disease and other problems that can occur with irregular watering, like blossom end rot. 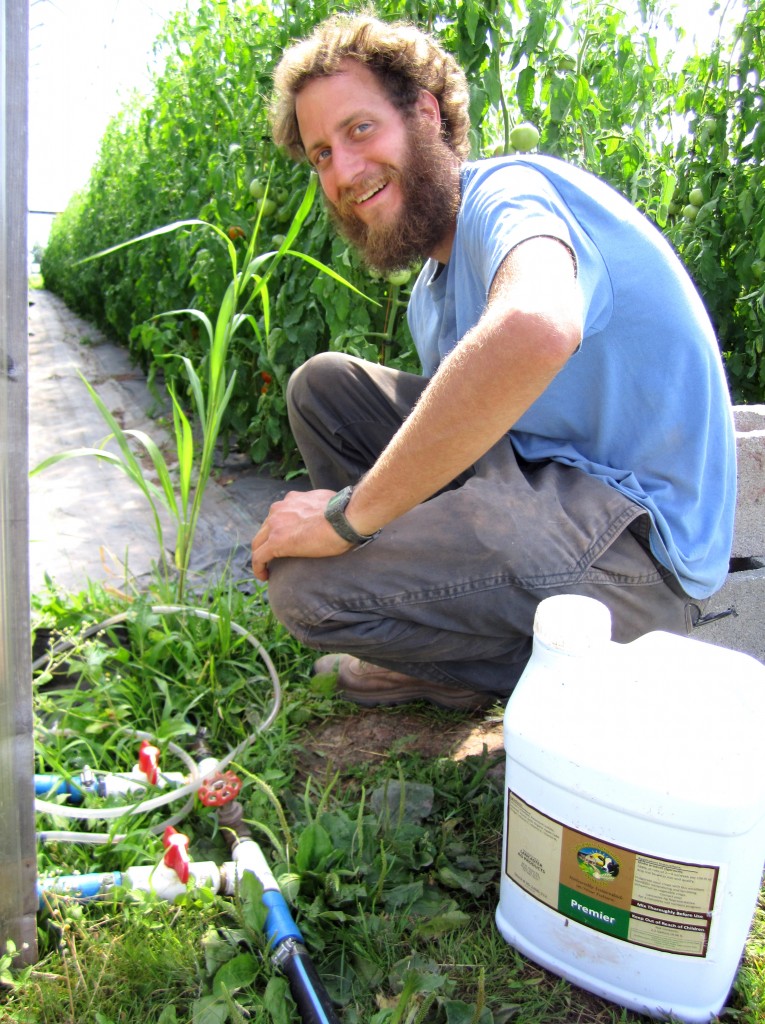 Speaking of tomatoes, we are so close! The cool nights that are so wonderful for sleeping have delayed the ripening of the tomatoes a bit, at least as compared to last year. But it won’t be long! And those heirlooms we talked so much about? Well, the fruit set is looking amazing! I see a BLT in my future!