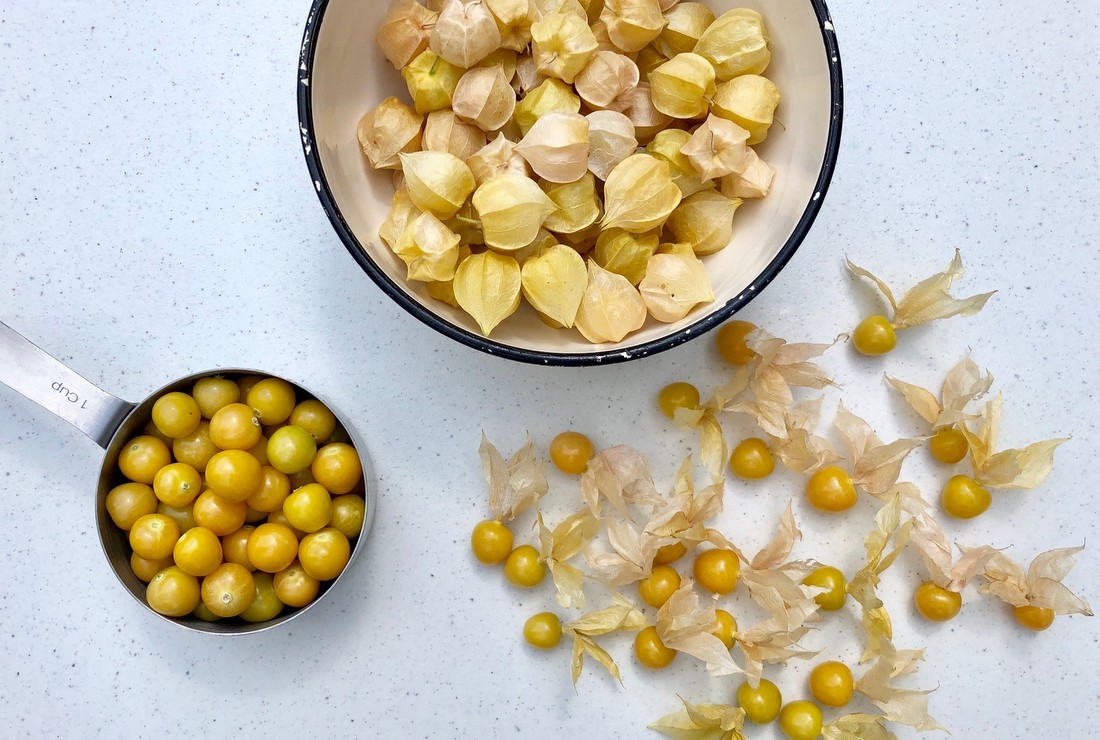 Posted at 12:08h in Recipes by bloomingglenfarm 0 Comments
0 Likes
Share

Ground cherries are a brand new addition to our CSA shares this year.  It’s always fun to meet new produce and then figure out how to incorporate it into healthy snacks and meals.  Initially we were just eating the “husk” cherries as is, but then I really wanted to build upon their unique flavor.  So this week I got creative and incorporated them into some new recipes.  So…here are three recipes to try…three different ways to use your ground cherries!  You could even incorporate all three into a fancy little meal- the jam could be used in an appetizer, the marinade/dressing in your main dish, and then the chocolate covered ground cherries for dessert!  Yum! 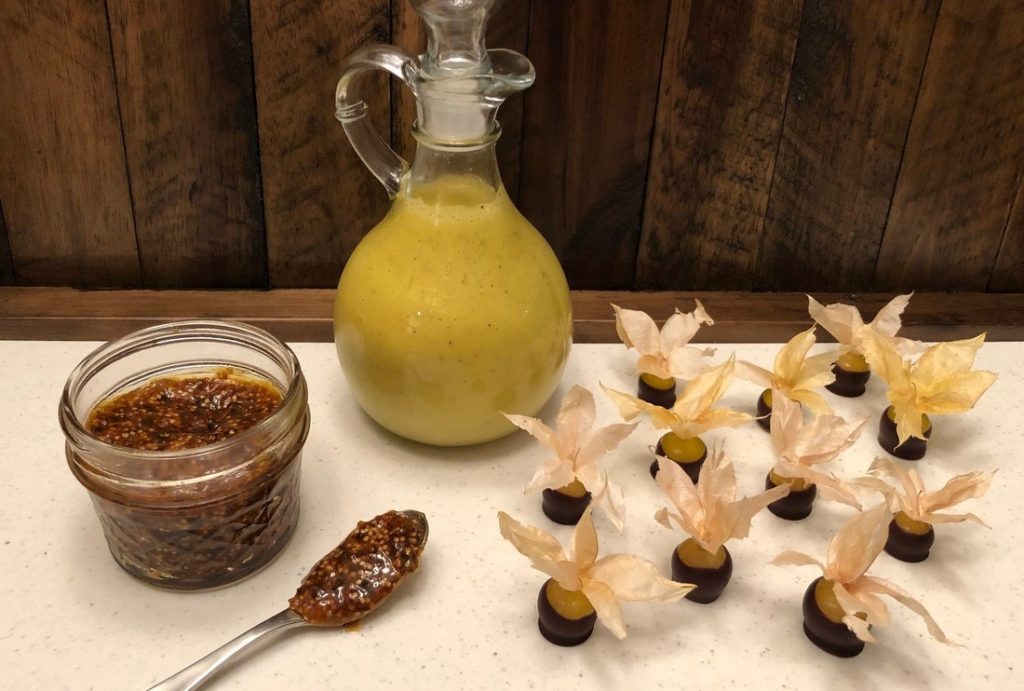 *If you like dishes spicier, feel free to add another jalapeno.  This jam is mild with 1 jalapeno.

**I poured this over a log of goat cheese and served it with grain free crackers. 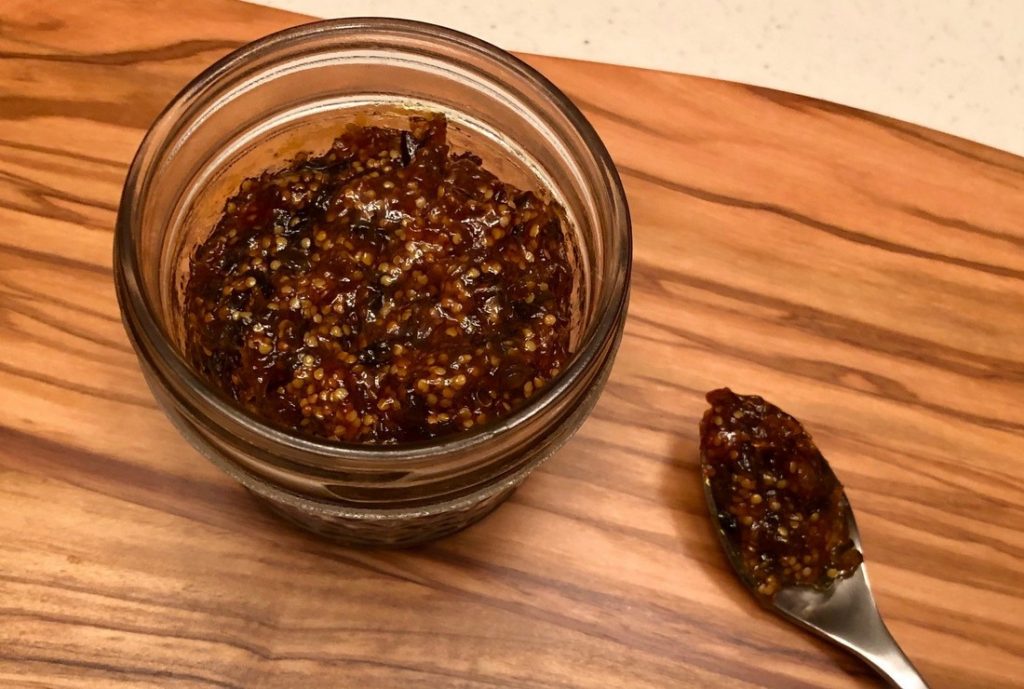 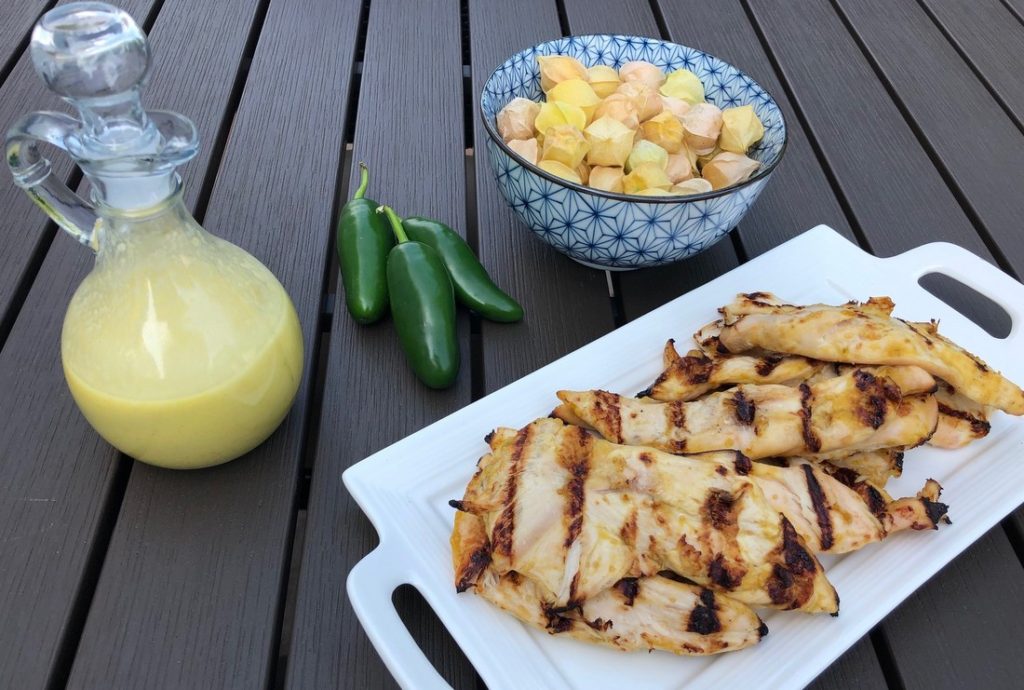 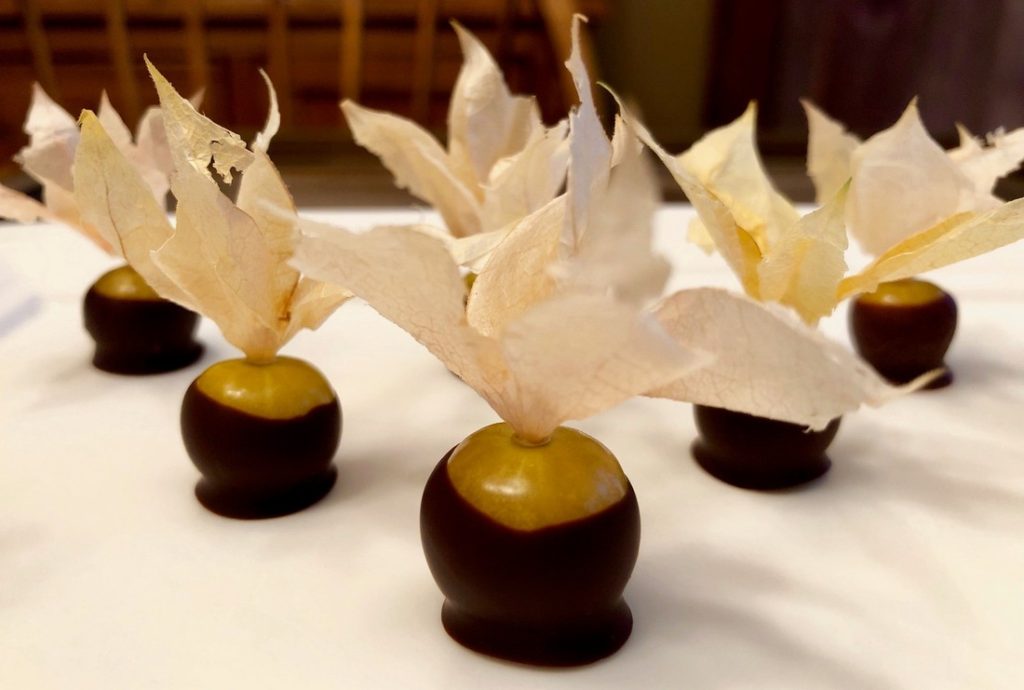 Recipe and photos by Stephanie Borzio.  Stephanie is a mom of three active boys and is an autoimmune warrior.  After battling her own health for several years, Stephanie found healing through food and lifestyle changes, including joining Blooming Glen Farm CSA of which she is a long time member.  She is a Board Certified Integrative Nutrition Health Coach who is passionate about sharing healthy living tips and real food recipes. Instagram and Facebook: Tru You Essentials, Website: www.truyouessentials.com