A whopping six inches of heavy snow fell on the farm this weekend… a first for the end of October, but considering the fall we’ve had, not all that surprising. A few crops that we thought we might have for this week and next are buried under snow (arugula) or just didn’t hold up to the hard freeze (swiss chard). But thanks to the high tunnels, we have bok choy, head lettuce and greens. Next week is the last pick-up of the season: Tuesday, November 8th and Friday, November 11th. 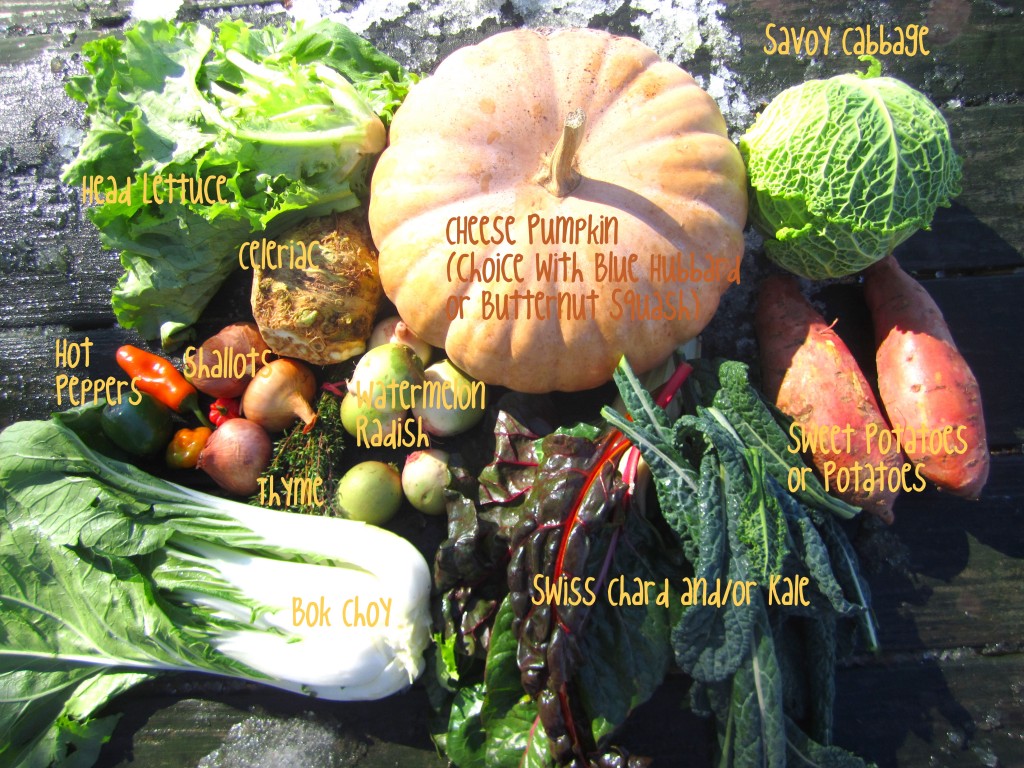 In the share this week are a few new crops you may not be familiar with.

The watermelon radish when sliced looks just like a watermelon with a green rind and rosy pink interior.  The color intensifies with a splash of vinegar.  Gorgeous in a salad raw, this radish can also be roasted, added to stir fries, sautéed, added to stews, or even boiled and mashed (peel the skin first). Milder than most radishes, it is actually slightly sweet with a nice crisp bite when raw. The watermelon radish is an heirloom variety of the Daikon.

In the squash family there is a choice of cheese pumpkin, blue hubbard squash and butternut.

A classic pumpkin of the 19th century, the Long Island Cheese pumpkin was likely named for its shape and color, which bring to mind a wheel of dairy-fresh cheese. The name may also come from the colonial practice of making “pumpkin cheese”, a somewhat sweet preserve (or what we would call pumpkin butter) from squashes that do not store well. This pumpkin has a sweet flesh that’s good for baking.

The Blue Hubbard winter squash is believed to have originated in the West Indies, and first arrived in Marblehead, Massachusetts in the 1700’s. It is described as “starchy, dry, thick, flaky, floury, melting, nutty and fine-textured with a brilliant orange flesh”. It has excellent storage properties. When kept in a cool place (around 50°) it will last for a few months. It is delicious in pies, for which it is best known, but it can also be cut into serving size pieces and baked or steamed. Because of its grainy texture, it is often mashed or pureed with butter and seasonings before serving. You can bake it whole, or if it is too large, cut it, or break it by putting it in a big plastic bag and dropping it on the ground. Excellent source of Vitamin A and contains fair amounts of iron and riboflavin.

The butternut squash has the longest storage potential of all squash. The butternut has a bright orange, moist flesh with a nutty flavor and a tan exterior skin and bulbed end. It is very versatile for cooking. Bake in sections in oven with skin on, or peel off the skin, cube and boil, then blend into soup. 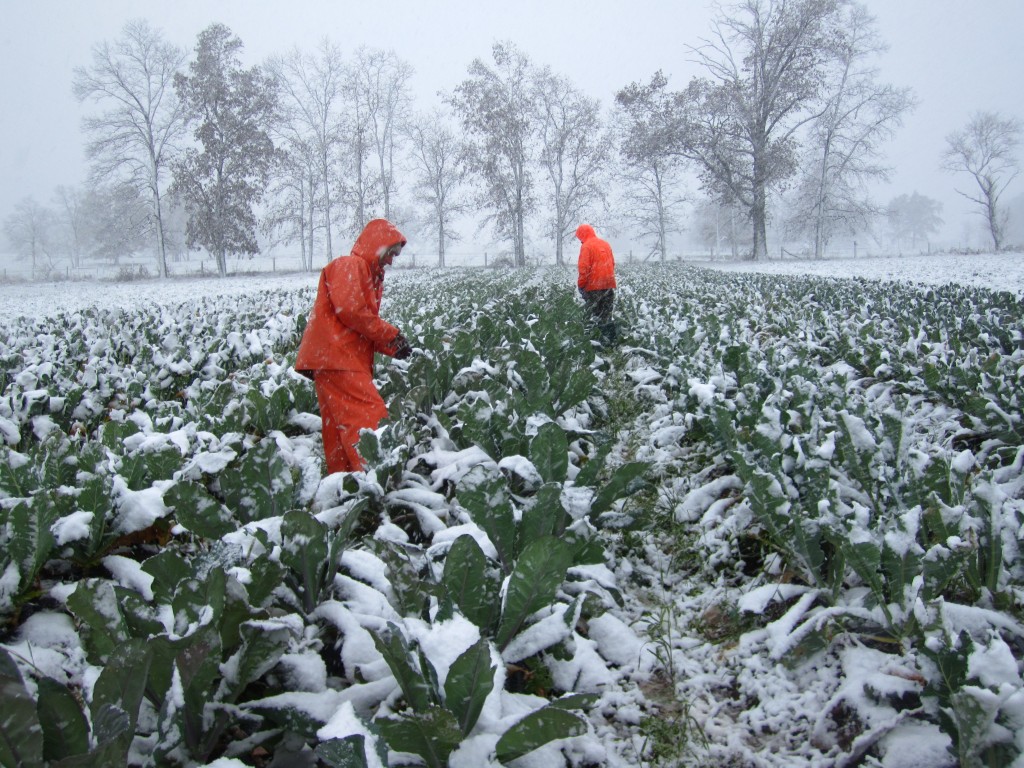